These Forex Brokers are Better Than Yours

Ever wonder what CEOs in the financial industry actually do all day and how much they get paid for it?

Asaf Elimelechis ChiefExecutive Officer of Plus500and has been with the company since 2013. According to Bloomberg, the 36-year old’s base salary last year was a very nice $524,319and that’s excluding any bonuses he may have received. However, a half a million is a far stretch way from what the brokerage is valued at – a whopping $2.6 billion. Nevertheless, he made a half a million more than most of us last year – not bad eh!

Plus500 shares are trading much higher on the London Stock Exchange than that of its rivals which are also listed on the LSE such as, IG Group and CMC Markets so how are their CEO’s fairing?

Peter Hetherington,CEO of IG Groupstarted as a Dealing Desk Manager in 1994. Since then, he worked his way up the ladder and landed the CEO position in 2015. It was noted on Reuters that his base salary was £575,000 in the last fiscal year and he also received a bonus of £876,000, bringing his total earnings to £1,451,000. It has also been reported that he bought £1.1 millionworth of shares the company.

So, now you know how to make 1 and a half million – work your socks off in a company for 24 years.

Peter Cruddas, CEO of CMC Marketsreceived a wage £410,000 last year, according to Reuters.  He also made £3 in bonuses bringing his total to £410,003. Don’t be fooled by this figure though – Peter founded the company in 1989 and his current net worth is a massive £1.025billion with a capital B.  In 2007, he was the richest man in London according to the Sunday Times.

The following two companies are not listed on the stock exchange, however, they both have made names for themselves in the industry; Etoro as the world’s leading social trading and investing network with over 10 million customers and FXCM – well the headlines haven’t been very positive for the brokerage over the last few years. The company waskicked out of the US market for defrauding its customers and because of this, there were a lot of changes in the company.

FXCM is now run from London with Brendan Callahan as the CEO. He writes in his Linkedin Bio that “[he] is an experienced Financial Services executive with a strong track record for growth and turnaround/change management” which is definitely needed for the troubled company. Brendan joined the company as Managing Director of Gobal FX Sales in 2001 and in 2017 when the US branch went bust, he took over as CEO. His salary has not been disclosed, however according to Wikipedia, co-founder and former CEO – Ken Grossman, had a 12 -month deal that would make him 1,600,000 as CEO – a base salary of $600,000 and a bonus of 1,000,000. So, we could probably say the Brendan makes at least a half a million a year and perhaps even much more.

And last but certainty not least – Etoro!

It seems that everyone wants to join the party and Etoro doesn’t discriminate – whether you’re a complete beginner or have been trading for years, the platform lets you track, follow, and even copy other trades made by successful traders.

In 2016, Business insider predicted that the company would one day reach a valuation of $1 billion and according to nocamels.com – they have! It’s unclear how much Yoni Assia, Co-founder and CEOof the Israeli company makes per year but looking at the previous CEO’s base salary, it’s probably safe to say that it’s at least £500,000. Bear in mind that Yoni co-founded the company so one thing is for sure – the 36-year old’s net worth is a lot more than half a million.

So now you’ve seen HOW MUCH these CEO’s make but what do they actually do all day?

Well, according to a study by Harvard professors, CEO’s work approximately 62.5 hours a week (the average employee works 40 hours a week).

Here’s how they manage their work day:

The study found that meetings took a huge chuck out of CEO’s day – about ¾ of their day or 9 hours, leaving them just 3 and a half hours to get on with their other duties. 70% of their meetings lasted an hour or more whereas only 30% of meeting were less than 60 minutes.

It’s also worth mentioning that this study was based on CEO of companies with an average annual revenue of $13.1 billion. Our FX CEO’s above might manage their work time differently.

So now you know HOW MUCH money they earn and WHAT they do and – do you want to see what they do in their PRIVATE LIFE? Off-course you do!!!

Let’s have a little nosy!

Yoni – Co-founder and CEO of Etorrois a family man and has 4 gorgeous kids; one girl and three boys. The newest addition to the family is Alex and although doesn’t understand yet – he’s a Ethereum supporter!

Oh hey, CEO’s kids eat pizza too!!! Hmmm, seemed like a good idea at the time but it looks like they regretted it the next day and hit the gym. Got to burn those calories!

“Power is measured by the gram”

He’s talking about the Forex and Cryptocurrency party – not the illegal substances party! Or is he?

Peter – Founder and CEO of CMC Marketsis 64 years young and has 4 children –  2 from his first marriage and 2 with his now wife, Fiona.

He was one of the many British that voted in favour of Brexit and was quite pleased when spotted a London Taxi with registration plates supporting the Yes campaign.

Peter enjoys sailing in his own yacht, flying in his private jet, holidaying in places like Dubai and off course playing a round of golf.

Not forgetting his youth, he tweets pictures of his 20 something year old self – now is it just me or is there some similarities there with Paul Kaye from the film, “It’s all gone Pete Tong”. Or is it literally just all the orange?

On another note, he loves bake-offs in the CMC Markets office and labradoodles.

Who doesn’t love a labradoodle!

Life of a CEO ain’t easy! It’s nice to see thatAsaf – CEO of Plus500has days like us where your eyes are ready to pop out of your head with all the work. And look at that, CMC is not the only Forex company who enjoys a bake-off. Plus500 staff have a sweet tooth too.

Asaf is without a doubt a family man and he has two kids. He enjoys a beer now and again and attends football matches – most notably Atletico De Madrid which Pllus500 sponsors. He is also a fan of Mercedes.

Brendan – CEO of FXCM is not very active on social media at all – hence why have very little pictures to show you. But anyway, here he is looking busy on the phone – perhaps this is the phone call from the US office telling him – ‘We’re banned and you’re the new CEO, Good Luck!’

And the only picture we could see from his private facebook page is this one where he’s looking more casual. While we don’t have much information about his private life, he’s got some hands on his shoulders which means he’s got friends.

By now you might already have a favourite CEO but if you are still unsure, take the quiz and find out which Chief Executive Officer style is most like you. 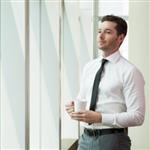 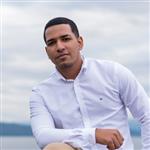 Past performance is not an indication of future results. Trading history presented is less than 5 complete years and may not suffice as basis for investment decision. This is not investment advice. 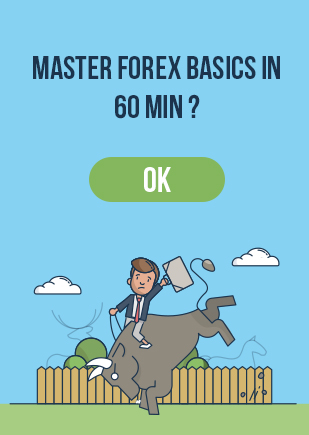