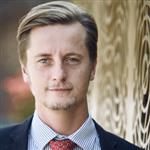 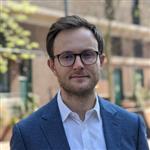 As fast as bitcoin prices went up, ethereum had kept up the pace as well. Everyone will have somehow heard how bitcoin made many filthy rich this year but ethereum has boosted the finances of lots as well. From the start of 2017 to June 2017, ethereum has went up by 5000% to cross the $400 mark. Ethereum has been the next cheaper alternative for cryptocurrency investment and many believe it has the potential to surpass bitcoin!

Ethereum processes transactions faster than bitcoin and many believe the efficiency of ethereum makes it much easier to use. However, even if Ethereum goes up or goes down, you can still profit from it! Here are 5 ethereum crashes and how you can profit from them!

On June 2017 after an unsubstantiated rumour that ethereum’s founder had died and also the lost of confidence from bitcoin’s crash days before, ethereum felt the aftershocks. Ethereum was trading above the $300 levels but drop to $215.22 the day after on June 26th. Also if you are new to ethereum trading, you can use one of the Forex trading apps which teaches you all the basics you need to know. Once you understand more about ethereum, head over to the trading simulator and try your hand at real time trading. No real money involved, just unlimited action by using the virtual currency.

China had announced a ban on ICOs while South Korea has plans to strengthen punishment for those raising money through ICOs. Ethereum’s blockchain is the top platform to utilise when hosting an ICO. With 2 of the big players pulling off this strong move, Ethereum prices inevitably fell from $390.52 to $268.29. If you are a newbie in forex trading and are interested to do real money trading, it is important to pick a trusted and recommended forex broker. A forex broker should have consistent reliability in their work, charge reasonable fees and have a helpline that provides quality service. They should be well regulated and also have stable day to day operations.

When Initial Coin Offerings was released and become increasingly popular this led to prices of ethereum to soar and even cross the $400 mark. This strong rally from $8 to over $400 in 5 months caused ethereum prices to finally crash in June. Due to the large number of people trying to cash out ethereum from the ICOs, the huge sell orders led ethereum prices to deflate.

During this time in May 2017, bitcoin was undergoing a correction and ethereum was soon to follow suit. On May 25, ethereum prices gradually went down from $205.23 to $126.73 on May 27. With prices falling as fast as some trader’s confidence levels, traders can do social trading instead. Follow what other traders do and once you get back the confidence you can start trading on your own and get others to follow you as well!

BTC China which was one of China’s largest exchange announced that it will close for good on September 30. Bitcoin and ethereum holders were rushing to sell as much as they could thus causing prices to dip.

How can we profit from this?

Similar to bitcoin, when a crash happens, it is also a signal from investors to enter. As of October 2017, ethereum prices have been hovering above $300. If investors had purchase ethereum when any of the crashes happened and held it till now, they will have made a decent amount of profit. Ethereum isn’t as big as bitcoin but there are lots to profit from it.
If you wish to trade ethereum but don’t want to risk your own money yet you can try the cryptocurrency trading simulator to master the ways of trading ethereum. Use the virtual currency as much as you want with no pressure at all!

Did I miss the ethereum hype?

There is still loads of room for ethereum to improve and it has made its mark as one of the leading cryptocurrencies in the world. It is possible for ethereum to overtake bitcoin one day and it is not too late to invest in ethereum.